We have a new update for Epic Digital that will be rolling out tomorrow, Monday, July 13. I have had a chance to play with this version, and it is awesome! So many improvements! This release will be launching at 9:30 am EST, so finish up your games today and tonight. This update will wipe out any games in progress, but we think you will love these new improvements to the game!

There is now Undo in all game modes! There is a undo icon in the top left corner whenever you can undo. You can undo most things, until you get information. That means you can’t undo passing to your opponent, drawing cards, seeing things in your deck, or your opponent making choices. 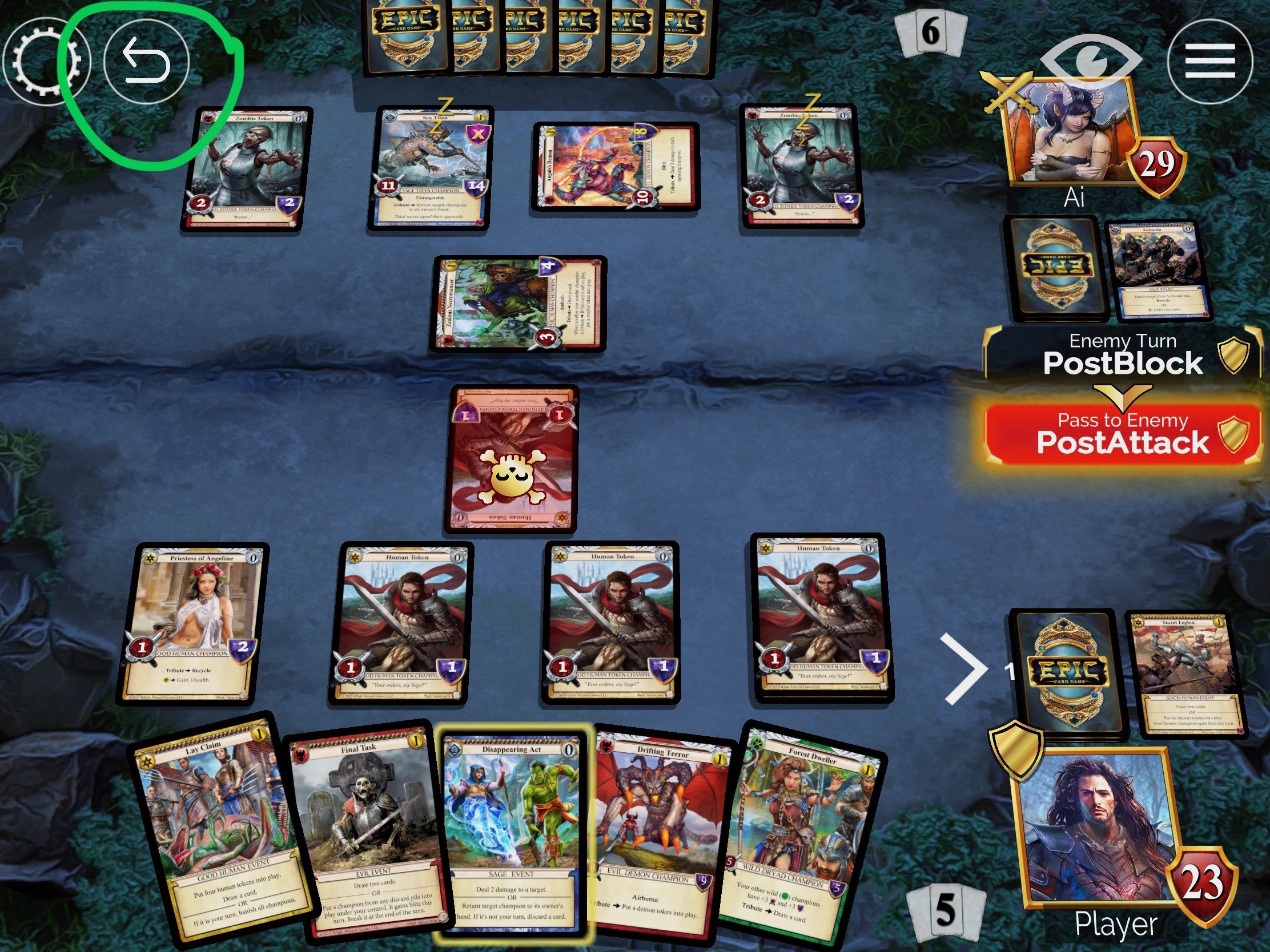 Undo is Now Available in the Top Left Corner!

We’ve listened to your feedback. We made lots of improvements in the user interface to make Epic Digital easier to play: 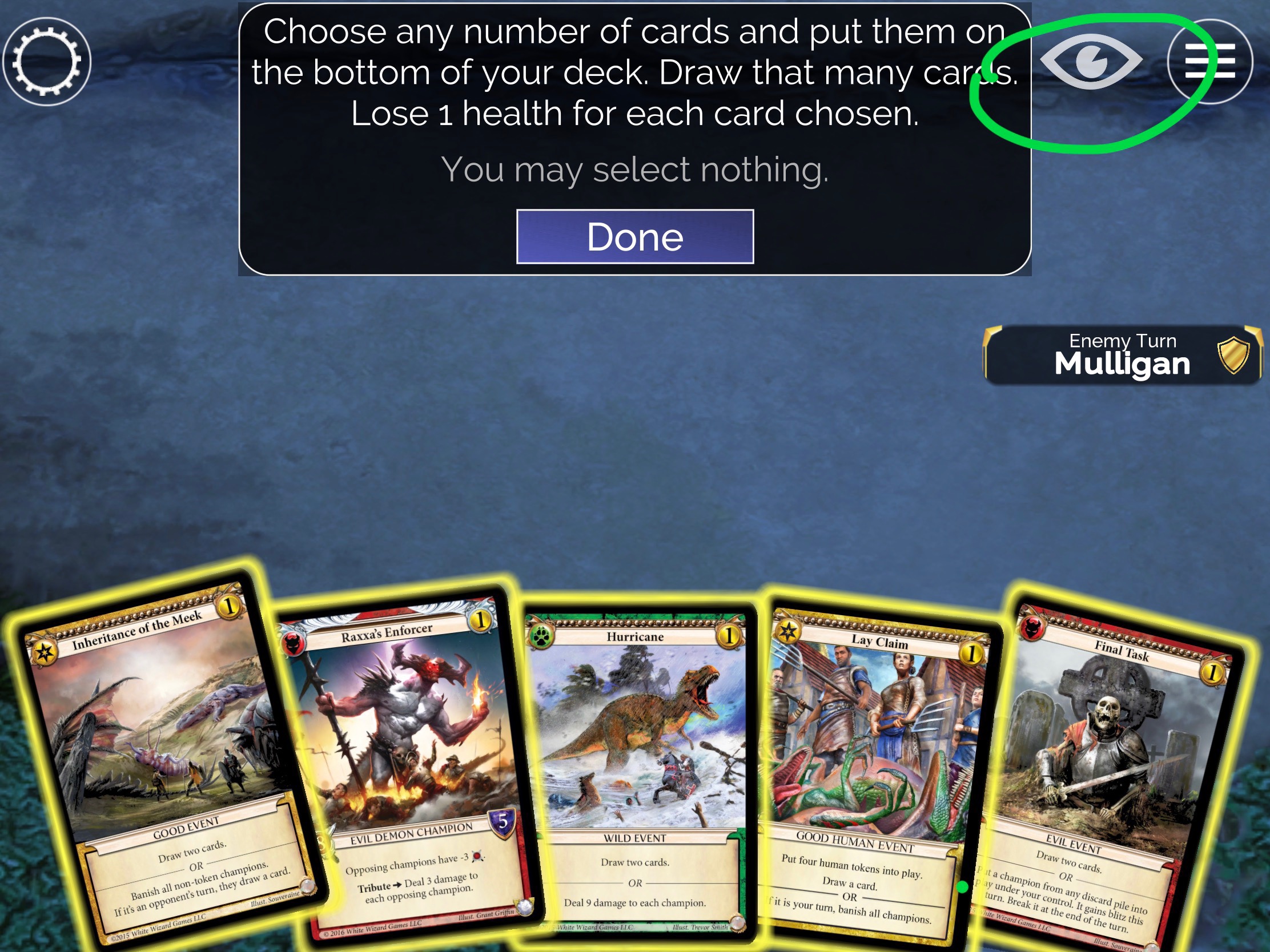 If you have feedback on the release, we would love to hear it. If you have a bug, please report it to support@wisewizardgames.com. If you would like to chat with other players about the release, the best place to do that is in the Epic Digital Card Game Facebook Group or in the Epic Card Game Discord Server. See you online in the battlefield!