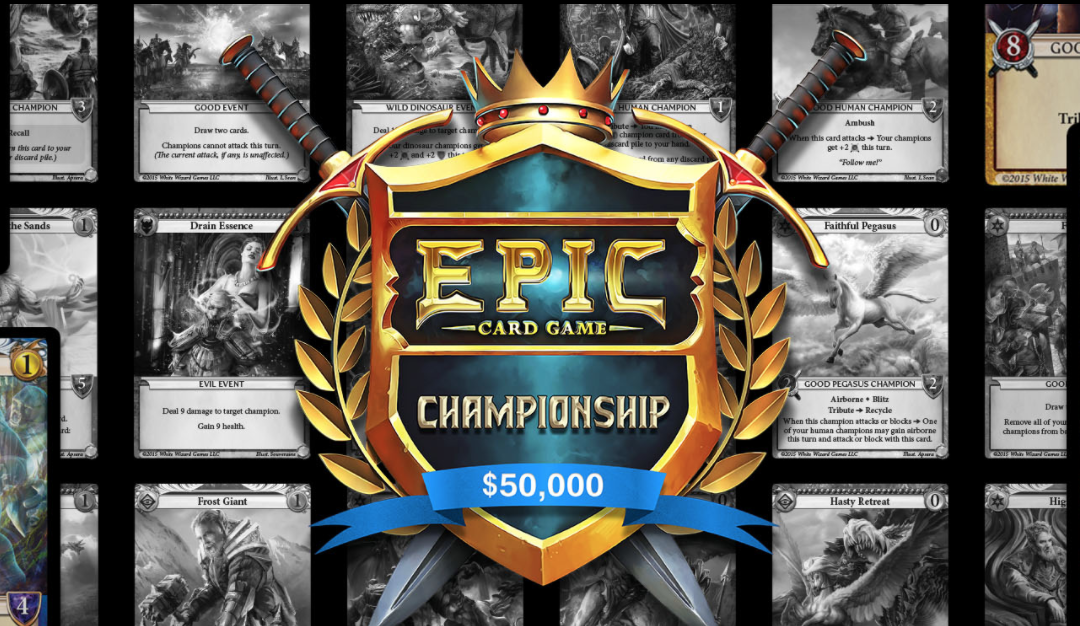 The 2017 Epic Card Game $50,000 Championship is fast approaching. While the actual tournament runs on Sunday November 19th and Monday November 20th, we ask that all Qualified Players arrive by Saturday evening for check-in. If you are not yet qualified, there will be Last Chance Qualifiers held on Friday and Saturday.

Everyone in this event will win at least $500 and receive an invitation to the Epic $50,000 digital championship. The top eight players will advance to the finals on Monday, where the winner will bring home $15,000 and will carve their name into Epic Card Game history. Coverage will be streamed online. Epic Card Game Tournament Rules can be found here.

The detailed schedule of events can be found on the Wise Wizard Games Fair page.

Competitors for the Epic $50,000 Championship will receive a full playset (three copies) of the first four sets when they arrive at the event. They will receive Pantheon: Furios vs Maligus, Pantheon: Helena vs Zaltessa, Pantheon: Angeline vs Scara, and Pantheon: Gareth vs Lashnok.

Those four sets, along with the Epic base game and the Tyrants and Uprising expansions, will be used in all formats for the Epic $50,000 Championship on November 19th and 20th. (The deity cards are not tournament-legal.)

For a full card list and spoilers for the first four Pantheon sets, please see our Pantheon Spoilers page.