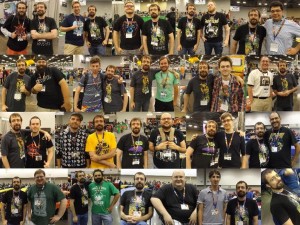 My name is Tom Sorenson. I am 25 years old, and I recently moved to St. Paul, MN. Feel free to reach out through Facebook  or my Blog, if you are in the area and would like to meet up at a game store to play.

I started playing Epic Card Game when the print and play from the Kickstarter was put online. The first strategy card game I actually played was Yugioh, but the first one I played in tournaments was Magic: the Gathering. I’ve played casually for around 15 years, and I started competing in drafts on Magic Online off and on about 6 years ago. (Duelyst, SolForge, and Hearthstone are the other digital card games I’ve spent a significant amount of time playing.)

I used to play around once a week until my friend moved. Since then, I’ve played a few games here and there with out-of-state/country players when I could. A decent chunk of my experience came from playing a lot as Wizard for a Week in addition to playing at both Origins and Gen Con. I have also spent significant time writing about Epic on my blog and having in-depth discussions with others in the community.

Currently I have a couple casual players I play with in St. Paul but no dedicated group.

I spent my entire 5-minute mulligan window deciding what direction to take the draft, and I spent most of the allotted time refining my picks. For a detailed analysis of my sealed pool check out my article on it here.

I really wanted to go Good because it would have been unexpected, and I haven’t gone Good in a Sealed tournament before. To make it work, I wanted to see Insurgency and Revolt. Insurgency and 16 other Good cards were in my pool but no Revolt, so even though I got Courageous Soul instead, it wasn’t enough to make Good viable for my pool.

For power reasons, Amnesia and Lightning Storm are the 2 best cards in Limited/Draft formats. I had Lightning Storm, but no Amnesia (nor Heinous Feast). (I also had Sea Titan, Kong, Drain Essence, Muse, Raxxa’s Curse, Lightning Strike, Psionic Assault, Thought Plucker, and Juggernaut.)

My favorite play during the tournament took place over the last 6 turns of game 3 of the finals. It involved me going all-in and the back and forth that ensued. It was a truly epic finish worthy of an Epic Card Game finals. I don’t have the space to go through it all here, but I did write it up and post in on my blog here.

My Sealed deck and first 2 Dark Draft decks were great. My third dark draft deck had too many situational non-draw cards. Dark Draft is an incredibly deep format. I wrote a detailed analysis of the format here.

Generically, if you want to compete at a high level, practice at a high level. Pay attention to all of the cards you are taking and all of the cards your opponent is probably taking. Also, try weird/new things and lose. I have improved by far the most losing to Rich Shay in the first limited Semifinals at Origins and losing to Kyle Coons at the second limited Semifinals at Origins.

There are a few people in St. Paul that I’ve heard play Epic at a Monday game group I mean to visit. Aside from that, I plan on going out to the east coast at some point to play with other qualified players out there. I will also probably start playing with other out of state/country players again now that I’ve settled into my new internship.

Try new things and lose as much Epic as possible to similar/higher skill-level players. Analyze those losses. I always say there around 7+ levels of Epic understanding that you can only learn by playing. Learning those steps will dramatically improve your play. For example, passing on your turn before you spend your gold when you are ahead.

I explain a lot of my Epic thoughts on my blog, but playing is the best way to understand. My views on the game have also evolved the more I play, and I add updates to my articles instead of removing old content. For example, I used to think Djinn of the Sands was one of the worst cards in the game, now I think it is one of the better ones.