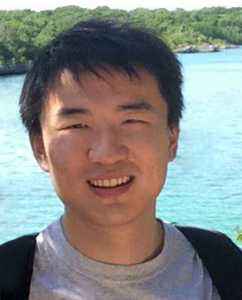 My name is Jason, I am 27 years old, and I live in Mountain View, California.

My experience with Epic Card Game actually extends way back to the Epic TCG back in 2009, when I won the inaugural Limited 5K Championship event. My friends and I found out about the game via online ads on Magic strategy sites and enjoyed even the humble print & play experience. After about a week or two playing in college common rooms, we felt both well prepared and hungry for more competition, so we booked flights to the main tournament in Massachusetts. We were rewarded with great finishes and developed a passion for the game. It is absolutely fantastic to see Epic Card Game return with a deep strategic redesign.

I currently play Epic about once a week in person with my friends.

I did not mulligan my card list as it had a number of strong options. The foundation was a solid Wild loyalty backbone spanning 14 cards. I filled in the rest with faction-independent tempo advantage and board sweeper effects. I would have preferred to have more life gain in the deck (the only source was a sole Angel of Light), but overall I would take this pool over a randomly generated one (original or mulligan).

Nothing too exciting happened over the tournament rounds, but the highlight was drawing my deck to win in round 3. I took a ton of early aggression and dropped down to single digits, but gummed up the board and eventually drew cards like a madman.

My advice for Dark Drafters is to work on your memory! Figuring out what set of options your opponent has access to based on cards passed allows you to validate game-swinging risks.

I’m incredibly excited about the World Championship in November and will be playing regularly with my friend James Damore to prepare.

For anyone trying to win a limited qualifier tournament, my advice is to make sure your deck has the capability to handle every threat – line up your sweepers with opposing untargetables, life gain against enemy burn, and tempo tricks versus slow, powerful champions – to avoid being outperformed on any one strategic axis. Then use tactically tight gameplay to get an edge.