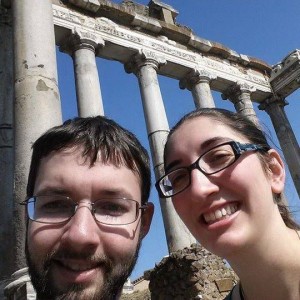 I started playing Epic with the print and play after having Kickstarting the game. I found out about the Kickstarter through the Star Realms App and immediately knew this was a game I wanted to play. I have previously played Magic, and have been playing card games for about 10 years.

I play fairly often. I have a small group of friends that play who I play both limited and constructed with. My wife plays and I play with her fairly often as well.

My list didn’t have many cards that I normally look for, but I found a pretty aggressive Wild Evil deck that I was able to build around.

Erase, Turn, Thought Plucker are all cards I value very highly simply for the raw power they bring. Sadly I didn’t see any of them, but didn’t want to risk the mulligan when I had a deck that I thought had enough power to get there

My favorite play was the last one of game 3 in the finals. I coaxed John into using his gold with my first attack that put him down to 3. He drew 2 cards, and those were the only in his hand. His board was expended but he had enough damage on the board to win next turn if I had no blockers. My options were to Plague, and hope he didn’t draw something powerful (I had no cards to play on his turn), I could play Mist Guide Herald to get a couple blockers, or I could just go for the win with Pack Alpha. The problem with the Pack Alpha play was if he drew almost any of the 0 cost cards I had seen previously in the match, he won on the spot. After debating for a long time, I just played and attacked with Pack Alpha and asked if I won, which I did.

Overall my deck worked well enough to get to the top 8, so I can’t possibly be upset with it. However, it is not the type of deck I normally play. In dark draft I would suggest taking high value cards. I like to play decks where I have many opportunities for value plays to pull ahead of my opponents. Overall, I very rarely try to make an aggressive all in deck in dark draft.

Keep practicing and find something that works really well for you. It’s always important to have a comfort zone to fall back on. Once you have that, practice with as many different decks as you can so you can pick up something else if what you like to play isn’t available.