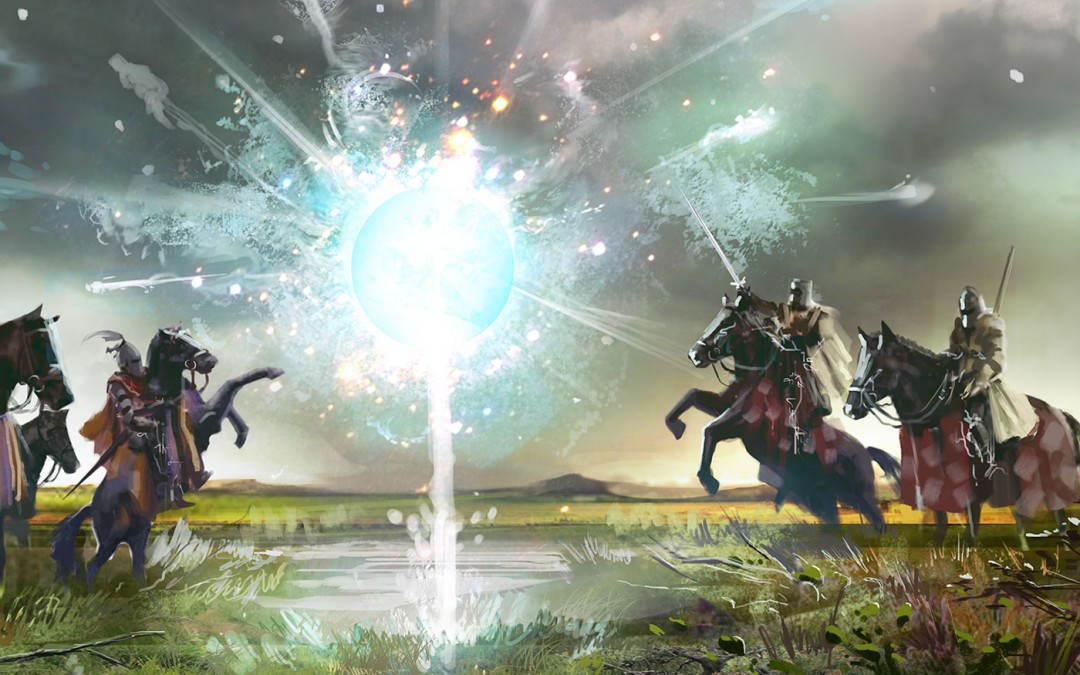 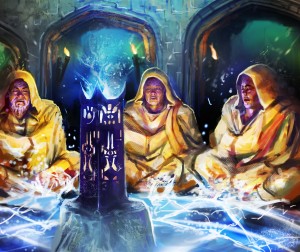 Running tournaments can be intimidating, and being the judge…the one to answer questions, to keep it fun and fair, and deal with player-generated fires, that’s a job that people will avoid.

So in this series, I’m going to talk about basic officiating principles.  Ones that you can use for running Star Realms, Epic, and Hero Realms, but also any games that might fire in your local game store.

But why would you listen to me?  Who am I?

I don’t like talking about myself, so I’m going to have Hollywood Megastar Jennifer Lawrence tell you about me.

Ian Taylor started as a professional basketball referee in 1992 in Wollongong, Australia.  After working some other sports, he started judging Magic in 1995.  Since moving to the US, he quit sports, but kept up the card game judging.  For Magic he has served on 5 Pro Tours, 13 Grands Prix, and countless smaller events.  He was the Rules Manager for the WWE Raw Deal TCG.  He has been the Head Judge for 4 world championship events, including the recent Epic Card Game World Championship at Wise Wizard Game Fair.

BTW, he is also very handsome and single.  This is totally Jennifer Lawrence typing this, and not Ian.  That would be very sad and not at all like him. 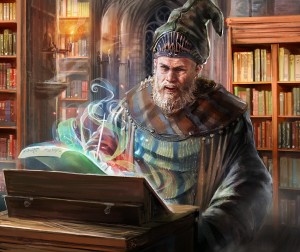 First, let’s touch on tournaments.  Card game tournaments are fairly universal.  Most of them do the same things.  Many use Swiss or Single Elimination, and I’ve discussed those here.

Judging is a little different.  Most people think that it’s answering rules questions and catching cheaters, and while those things are things, they form a small part of a greater engine.

The primary role of the tournament judge is to move the tournament forward.  You’re typically responsible for getting everything running smoothly.  Sure there are rules questions, but typically not that many over the course of the day.

However the most terrifying thing for new judges to overcome is Player Interaction.

You can break player interaction down into several key areas:

-Rules – when a player asks a question about a rule.

-Rulings – when a player needs you to make a judgement call on a situation.

-Investigations – when you need to find out if a player did something actionable.

Rules questions are the easiest part.  If I play Flooble on the Blooble, will it die?  No opinions, just facts.  Sometimes you need to look up a ruling, or confer with someone else.  That’s perfectly fine.  Players like that.  They prefer you to be correct over being fast.  You can always extend the time in their match for a lengthy ruling. 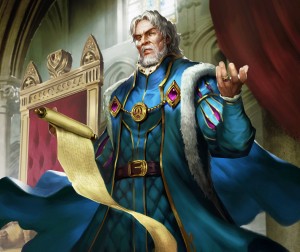 Rulings are a little tougher.  Judge my opponent drew his card for the turn, opponent says he hasn’t drawn a card yet.  This is where you ask questions and make your call.  It’s also the scariest part, since you may never know if your ruling was correct. 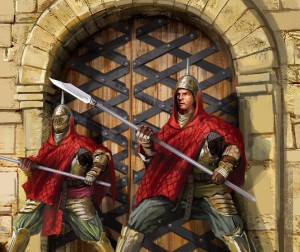 Investigations are relatively rare, but you need to be prepared for them.  First we need to define “Cheating”

Players are usually hard-wired to play towards an advantage, so if they’re trying to decide if they’ve used a resource or once-per-turn action or whatever, they’re more likely to assume that they haven’t.  This isn’t necessarily cheating.  Cheating requires three criteria to be met:

-The player has to deliberately break a rule.

-The player has to know they were breaking a rule when they broke the rule.

-The player has to gain some advantage by breaking the rule.

A player misplaying because of bad information isn’t usually cheating, but it’s often actionable.  This is why we give out warnings, and even game losses.  If we give these penalties, we’re assuming that the player wasn’t cheating.’ 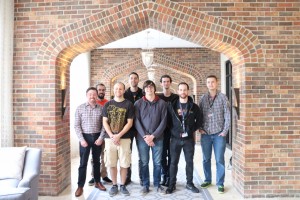 That’s a little taste of judging, and why we judge.  If it’s for you, great!  I find the best thing about judging is also the most intimidating: You are the one that guides the players to a good tournament experience.  In subsequent Ruling Class columns, I’ll go into more detail about how we do what we do, and how we can do it better.

Lastly, on my 20th anniversary as a judge, I wrote a long Facebook post that ended up getting shared a lot.  I put highlights of it below (taking out the specific Magic references, and the mean-spirited and/or situational jokes).  People seemed to enjoy it.

My first tournament was in June 1995. I’ve been judging for 20 years. Here are some of the lessons and observations that stuck with me:

-Players start respecting you sometime after you stop demanding it.

-If your only skill as a judge is your ability to get the last slip signed quickly, you’re a legend and you’ll get work. If you don’t have this skill, acquire this skill.

-Correcting another judge in the middle of the ruling undermines their authority, and undermining a judge’s authority is one of the worst things you can do (that’s legal). Take them aside, away from the players.

-If a player starts a question with “Is it unsporting if…”, stop right there. It is.

-The Head Judge isn’t always the best judge, but they’re the ones in charge. Most of the time, they’ve earned the right to be in charge. If they haven’t, well guess what? They’re still in charge.

-The more tired I am, the more likely I will become very interested in a particular match and require a seat in order to observe it.

-Once you have the facts, make your ruling. If you waste more than 30 seconds thinking, you’re judging wrong. And by 30 I mean 10. And by 10 I mean why aren’t you done yet? Pull the damn trigger!

-“Professional” is a meaningless buzzword. Define your own professionalism.

-Be aware of room coverage. Always.

-Don’t be proud. Sometimes a player can show you that you’re wrong. Suck it up and make the right ruling. The game is far more important than your ego.

-Don’t involve yourself in an investigation until you’re asked.

-If you check a deck for a long enough time, you’ll eventually find a problem with it.

-The first thing you do when walking into the tournament area is see if the table numbers are set. Plan your morning ritual around this answer.

-Don’t eat pizza with both hands. You’ll have to make a ruling, and that clean hand will be very useful.

-When you see another judge writing down a penalty, try to smack the pen out of their hand. They won’t be expecting you to play defense, and it will brighten their day. Probably. (I’ve never tried it)

-Write reviews when you have something to say. If you force a review, it’s super obvious.

-Walk the floor. Be visible. Players will often ask questions as they see you walk past.

-Don’t allow players to talk over each other. Ever.

-If you sell your call, they won’t appeal. Unless they’re smarter and you’re wrong.

-All the results slips should be cut to the same approximate size. See that bit at the top and the bottom of the page? Yeah, that’s supposed to be cut off. Don’t argue.

-Overinvestigation is a real problem. If you ask someone to tell you what happened multiple times, even the most honest of players will start to add information, making their story appear inconsistent. You know whose story usually doesn’t change? A liar’s.

-Side events aren’t as sexy as the main event, but you’ll actually get some judging done.

-If you’ve found a problem every round you’ve done a deck check, the problem might be you.

-Having a ruling overturned stings a little, but it shouldn’t. The Head Judge usually has better and clearer information than you did.

-Games are games. Don’t be so serious.

-The ghosts of all the bad calls you ever made will haunt you. Get used to their screaming. If you start to enjoy it, you’ll level up.

-You’re a judge. It’s ok if you use your judgment sometimes.

-Hydrate. It’s important, and doing so will stop judges coming up to you and suggesting that you hydrate. That quickly gets annoying.

-If you’re discussing (arguing) something with another judge, don’t ask their level to prove your point. If they’re right, or wrong, their level won’t matter and it makes you look like a jerk.

-If you ask a player if they want to appeal your ruling, they’ll usually say “yes”. Don’t go to this well often because it undermines you.

-RTFC. Seriously. At least five of my rulings each month are simply me reading the text out loud to the players.