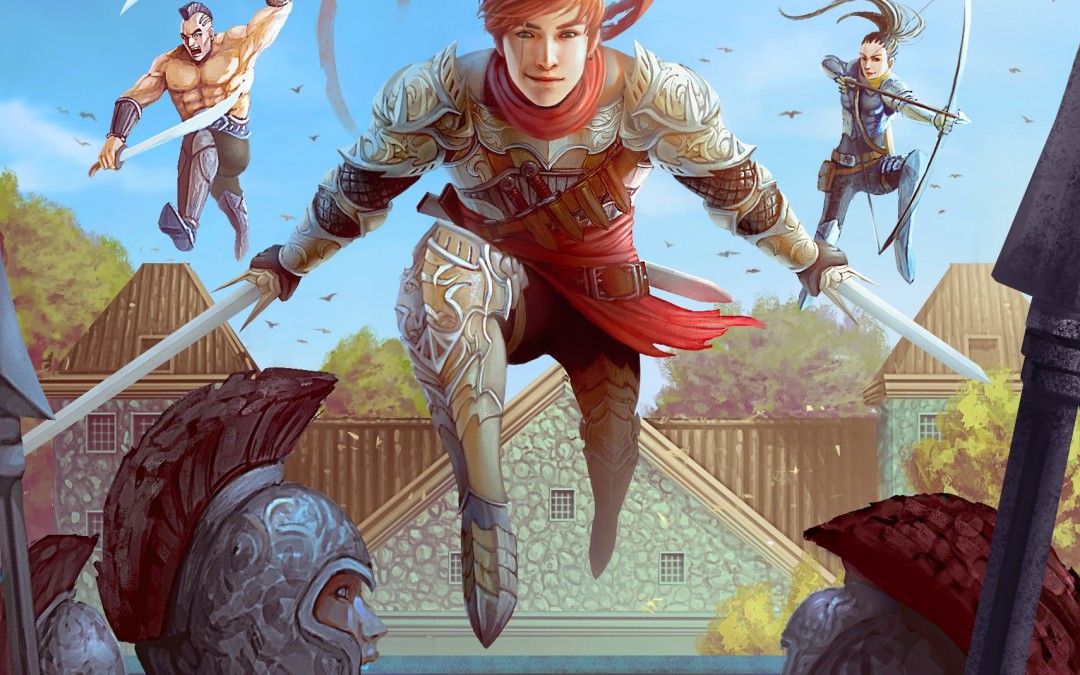 As Epic Card Game changes over time, so too must its rules change. After a successful 2016 season, we reflected back on play at Epic Worlds and also saw how Epic Digital would impact the game going forward. After months of testing we have concluded that the following rules changes will make for a better game, and we hope you will agree.

The basics of the game — one gold each turn, when you play a card you get its effects without waiting, multiple attacks per turn — all of that stays the same. We have changed the sequence of play, however, to make the game faster for both digital and tabletop play, and (most importantly) more strategic.

This is a preview of a rules change that will take effect on Wednesday April 12th 2017. We want your feedback! Please feel free to reply on Facebook, or by emailing support@epiccardgame.com with the subject line “April 2017 Rules Changes”. We greatly appreciate your support.

An important note: These changes will be in effect for our first Epic Grand Qualifier taking place on Saturday April 15th 2017 in Cambridge Massachusetts. Pandemonium Books and Games once again plays host to Epic, and we hope you will come on by for your a chance at our $1,000 cash prizes. The top two finishers qualify for Epic World Championships 2017!

The biggest change is now when you have initiative, make plays, and then pass, you might not get another chance to make plays. Previously, initiative would return to players multiple times (especially if they were the defending player or the next person to take their turn). Now, passing moves the turn along.

Old rule: In player order, each person selects any number of cards in their hands and puts them on the bottom of their deck. They then draw that many cards and lose that much health.

New rule: Beginning with the player going second and proceeding clockwise, each person selects any number of cards in their hands and puts them randomly on the bottom of their deck. They then draw that many cards and lose that much health.

Why make this change? This will make the start-of-turn sequence faster. As a minor additional benefit it will also move a slight advantage to the player going first. (Many people feel that going second, especially in limited format games, is an advantage, and this alters that somewhat.)

CHANGE TO THE BATTLE PHASE

New terminology: “Making a play” is playing a card or using a power. This includes using expend powers (like the one on Hunting Raptors) or using powers with other costs (like Crystal Golem or the recall powers that cost a gold). To be clear, there are things that are not “making a play,” including declaring attackers or blockers, or choosing something because of a card effect. Choosing which champion to not break when Stand Alone makes you choose is not “making a play.”

When you attack, it starts a battle. Each battle phase is split up into five steps.

Choose Attackers step (unchanged from before)

The attacking player chooses which champion or group of champions will attack, and expends them.

Choose Blockers step (unchanged from before)

The defending player chooses which champion or group of champions is blocking (if any). Those champions are flipped (rotated 180 degrees).

Damage step (unchanged from before)

Why make this change? This increases slightly the power of the attacking player, because they can advance the combat whenever they receive initiative, as opposed to the defending player always having the final chance to make plays under the current rules. This change also will increase the speed of the game slightly for physical card play and dramatically for digital play.

CHANGE TO THE END OF MAIN PHASE SEQUENCE

New rule for two-player games:
When a player wants to end their turn, the opponent may make any number of plays.

New rule for games with more than two players:
When a player wants to end their turn, every other player may make any number of plays.

How does it work now? Andrew passes to end the turn. Denise plays Ancient Chant to draw two cards, then passes back to Andrew. Andrew may now play a card, begin a Battle Phase, or use a power. Doing any of that will return the game to the Main Phase. After the Main Phase, Andrew will pass and Denise will have another chance to make a play.

How else might it work now? Same example with a different choice — Andrew passes to end the turn. Denise plays Ancient Chant to draw two cards, then passes back to Andrew. Andrew chooses to end the turn, and play proceeds to the End Phase.

Why make this change? The end-of-turn sequence has been problematic, especially in digital play. In both tabletop and digital play, this will result in faster games with fewer handoffs of initiative.

Why make a different end-of-turn sequence for more than two players? We wanted to ensure everyone has a chance to respond if anyone plays anything. Assuming a three player game, players A B and C, player A passes. Player B passes. Player C plays something, then passes. Without a different path, player A could end the turn before player B gets a chance to react to player C’s play.

We know this is a lot to take in, especially for experienced Epic players. Seeing this in action is the best way to make sense of it all, so be sure to stop by our Twitch channel on Monday April 10th at 7pm EDT to see the Epic Digital app in action with these changes in place. You can also see the archived streams of players playing the game on Twitch.

We have also updated the Complete Rules. Here is a link to Epic Complete Rules (April 2017) — you only really need to read the complete rules if you are a competitive player playing against people you don’t know.