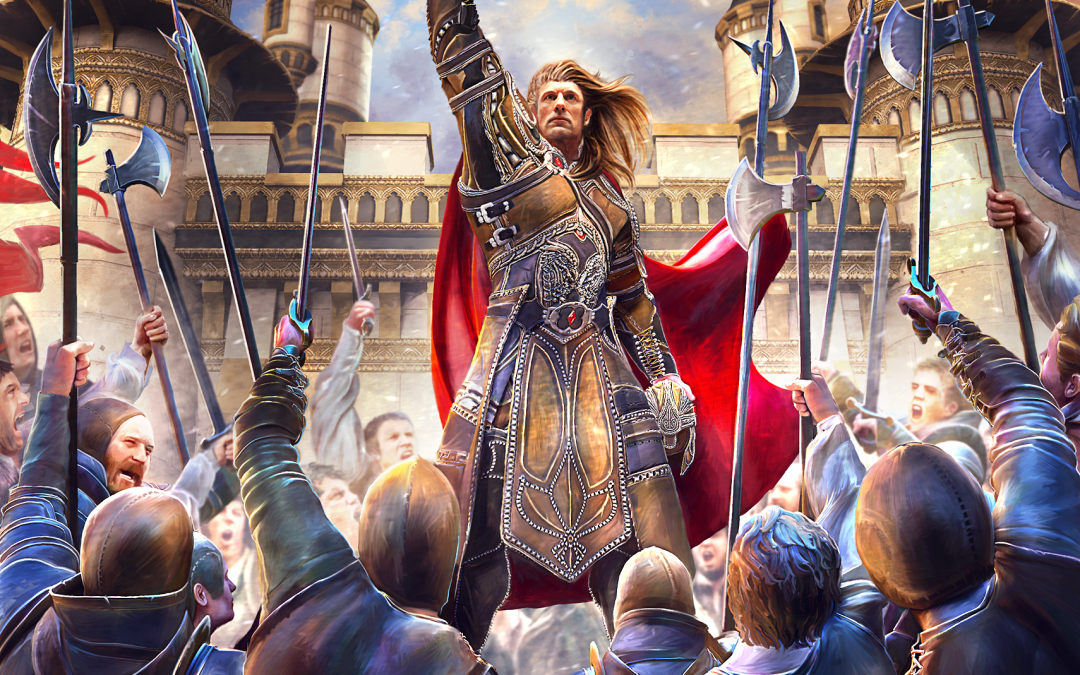 This is a guest blogpost by one of our fans, Bill Anderson, winner of the 2015 GenCon Epic Championship.

Hi, my name is Bill Anderson and I started playing Epic Card Game with the Kickstarter print and play. It played even better than I expected, so my wife and I took a trip out to Gen Con to play in the first Epic tournament. After 6 rounds of swiss and a top 8 draft (featuring the excellent 2 player format dark draft), I ended up winning (my wife made top 8 as well). Since I received my copies of Epic, I have been building constructed decks to try to get the competitive scene rolling. My first blog covered my First Thoughts on Epic Card Game Constructed Decks.

This time around, I want to show you the deck that greatly influences all of the decks I make. This is a Good/Evil tokens deck whose explosive potential is currently unmatched by any other deck. It has many combos that, if left unhindered, can regularly deal 30 damage by turns 2 or 3. These combos are even mostly resilient to single target removal and board clear that can only be used on your opponent’s turn.

The goal of the deck is to get some champion or champions to stick around on your turn, like a People’s Champion. If you do, you can then play something like Standard Bearer on their turn, followed by a Deadly Raid on your turn, and swing for the win. Or Murderous Necromancer with loyalty, Dark Leader and Courageous Soul on their turn, The Risen on your turn, swing. The dream is to play Secret Legion and Courageous Soul on their turn going first, and then play Deadly Raid and swing for the win with 34 damage on turn 1. As you can see, there are many ways to win really quickly. Since this deck doesn’t care about taking damage all that much, mulligan aggressively to get a hand that has a good combo in it.

However, here is the catch. This deck is very easy to defeat if you have the proper cards in your deck when playing against it. Hurricane, Stand Alone, Zombie Apocalypse, Fireball, and Flash Fire are the best. Plague, Wave of Transformation, and Lightning Storm will also do serious damage to Tokens. Basically any card that can break or banish many champions on your opponent’s turn. Without one of these cards when Tokens is about to combo off and win, your chances of winning are very slim. With one of these cards, you almost can’t lose against the Token deck. Because of this, I always try to run multiple of those Token killer cards in any other deck I build, because without them, I will probably lose to Tokens very often, but with them, a game against Token Swarm is much more likely to wind up in my favor. This means that Token Swarm is very good in a metagame that is not prepared for it, but weak in a metagame that is prepared for it. The deck is very polarizing.

As for the card choices in the deck, there is a core of cards that are essential, like Secret Legion, Standard Bearer, The People’s Champion, Courageous Soul, Rally the People, Dark Leader, Demon Breach, The Risen, Plentiful Dead, and Deadly Raid. The rest of the cards can be swapped around for others as you see fit. This list is simply an example. Here are some thoughts on some of the core cards:

Courageous Soul: This is probably the most important card in the entire deck. Never mulligan it away. It allows you to set up on your opponent’s turn for free and play another card to get a lot of champions on the field, like Secret Legion, or Standard Bearer. On your turn, after you attack with Courageous Soul who gets his own buff, even if your opponent removes him, all of your other champions will keep the +2 Attack.

Deadly Raid: This is the other “I win” card in the deck. Even if your opponent has a way to block most of the damage, Deadly Raid makes that not matter, AND gives +2 Attack to everyone to boot. I only include two though because having multiple Deadly Raids in your hand is almost useless.

Dark Leader: This card doesn’t seem like it does a whole lot on the surface. However, he is actually much more powerful than you might think. He has ambush to start, so he can be played and put another human into play. He buffs all humans, not just tokens, so Standard Bearer and Courageous Soul, for example, get a little extra buff. In addition, he makes all of your humans also evil, so they would all then get the +1 Attack/+1 Defense buff from The Risen.

Token Swarm is a risky but fun deck to play. It has fundamentally changed many card choices for me by forcing me to play cards that will beat Tokens, otherwise I would just lose to them most of the time. Let me know what you think, and I’d love to see the decklists you have put together!