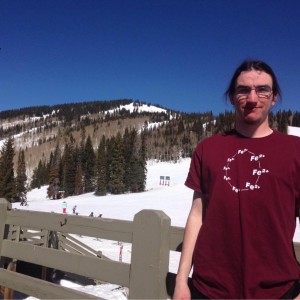 What is your name, your age, and the city and state where you live now?
My name is Martin Dickie, I am 19 years old from Framingham, MA.

I started playing the Epic Card Game just before PAX East with a friend. Before this, I played Magic the Gathering, and I’ve been playing strategic card games for about 10 years.

I play Epic at least 2 times a week. I do have a group of friends that I normally play with, and I don’t really have a formal group that I test with.

So my deck was a tempo oriented Wild/Evil deck. I was very interested in the play style after theory-crafting it. I was trying to win the qualifier, and I gotta say, I was moderately happy with the deck. Yes, I would make some changes, I made some interesting card choices, some which I would happily cut for more Flame Strikes, and perhaps a few strong board wipes.

I was kind of expecting the Necro-Bounce deck to be popular, but my deck wasn’t made to beat a set field of opponents, I mostly was concerned with making a strong deck that won the game through aggressive ways and tempo plays.

Probably the use of Lash or Rage on any of my larger champs, as my main goal with the deck was to force opponents to use their gold before me on my turn, and then push cards that had immediate threat value.

What plans do you have for testing between now and the World Championships this November?
Not too many plans currently, but am hoping to play semi-frequently with other high level Epic players, and hoping that it’s enough testing.

Not losing is just about as good as winning.