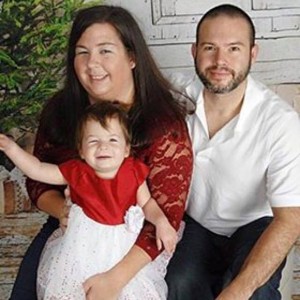 I was a Kickstarter backer for Epic, so I started playing from the very beginning with the print and play cards.

My first strategy card game was Magic: The Gathering, which I started at 13, way back in 1995. I played that at a semi pro level with a day 2 finish at a Pro Tour.

I play Epic as often as possible and travel hours to get together with friends to prepare for events. I play with a lot of Boston area players, volunteers, and other World’s qualifiers.

I did not mulligan my card list. I felt it had enough powerful cards to get me into the top cut. I think I spent about 15 minutes total between deciding to keep my pool and building the deck.

I have a wide array of powerful cards I am looking for but some of the cards I like most are Sea Titan, Kong, Raging T-Rex, and Lightning Storm. I think I had Kong and T-Rex in my pool. I believe these cards have insane raw power and I have an affinity for Wild/Sage decks in sealed.

My favorite play was definitely in the finals during the dark draft where I took a Kong and passed my opponent Lightning Storm. I decided to go with the card that may be slightly less powerful but much better in my deck that had all the other 187 style champions(Champions with Tribute abilities that remove creatures) already. Long story short, Kong won me a game.

I was very happy with my deck for the Dark Draft and thought my Sealed deck was good enough. My advice for Dark Draft would be not to get pigeon-holed into one mind set on a particular strategy. Keep your options open and look for signals. Early in the Dark Draft, my opponent passed me two very strong Evil cards and I correctly assumed that was a strong signal that my opponent was not playing much Evil and it really payed off despite my preference for a Wild/Sage heavy deck.

My plans for World’s testing is to meet up at Thomas Dixon’s house with a bunch of other qualifiers to test with the new set that we are all hoping is out in time.

My advice to players trying to qualify is to play as much as possible with as many different groups of players as possible and to never give up and go to as many qualifiers as you can make it to.