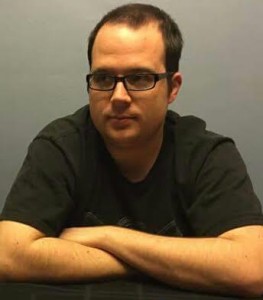 My first game of Epic was in March of this year and I instantly fell in love with it. It has so much of the feel of Magic that I really enjoy without all the expense and hassle of tracking down rare cards. I cut my teeth on the Redemption CCG about 20 years ago and dabbled in various other collectible games (Heroscape, Magic, Harry Potter, Lord of the Rings, World of Warcraft) during that time. I play a lot of strategy board games in general and own over 300 games and expansions.

There is a casual group of four of us locally who all played in the qualifier event that I won. As events approach, we test with more regularity. Having qualified myself, I’m now tasked with assisting my friends in the hopes one of them can also qualify. On average, I play 4 or 5 games of Epic per week.

I think this deck is exactly where I want it to be and any changes will come from Uprising cards being available, not from tweaks based on the current pool. I played a similar deck at a previous qualifier, but It seemed to match up very poorly against more controlling decks. I made some changes because I wanted to be able to still play a controlling game against most decks (sweeping away aggressive champions, getting burn decks down to no cards in hand, etc.) while still being able to be aggressive against very controlling decks. Things like Dark Knight and Frost Giant are very nasty against hard control and they were late additions to this deck.

I knew I would be facing burn (two of my friends played it) and Drinker of Blood combo (one of my friends played it).  I felt my deck does well against both of those types of deck. While I think it can play well against both aggressive and controlling decks, I think it is a little weaker against tokens (not running Wither, for example) and Airborne Righteous types of decks. Thankfully, I did not face any of those. Good in general is underrepresented in constructed play right now, so it seems like an acceptable risk to be slightly less prepared to face it.

The combined card advantage of Thought Plucker, Muse, and Knight of Shadows cannot be understated. And yet, some of the most backbreaking plays were generated off of two champions in particular: Angel of Death and Frost Giant. Angel of Death clears the board, adds a nice Airborne threat, and leaves my Dark Knights alone while breaking my Soul Hunter. Similarly, it is very hard for many decks to be prepared for a Frost Giant; he was an absolute all-star and one of the nastiest surprises in this deck.

Both of the qualifiers I played in were constructed events. Yet the first four of the seven rounds at the World Championships will be draft formats. As such, priority one is for me to brush up on my draft skills as much as possible between now and then.

Get comfortable with your deck. Test, test, test, and don’t let a few losses make you think your deck is no good. Sixty-four player slots is a lot; don’t give up!