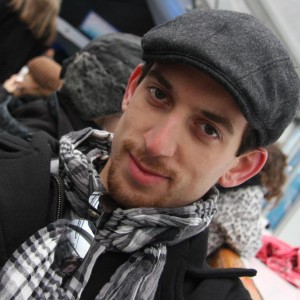 Hello my name is Jonah Acosta, I am a 25 year old from Poughkeepsie New York.

I started playing Epic once it was shipped to Kickstarter Backers. I was eager to begin playing another strategy/deck building game. I started playing the Elder God format with my girlfriend Alexis just so we could learn some of the mechanics and interactions the game had to offer.

My first card game would probably be Magic the Gathering, I’ve been playing card games since about 5th or 6th grade so right around 15-16 years. I ended up selling out of Magic around 4 years ago to play Kaijudo which was my game of choice until it was discontinued. Since then I’ve basically played LCGs and Digital Card Games. Solforge is by far my favorite which I’ve put tons of time and effort into which i sometimes stream over at www.twitch.tv/TheAceAcosta.

I generally play Epic between 2-3 times a week depending on how busy my schedule is but I talk strategy and have group discussions with my teammates over at Pluck You, including Thomas Dixon, Rich Shay, Jason Morosky, Sean Banks, Sullivan Brophy and Alexis Morgan.

I generally meet up with Tom about once or twice a month for a few hours of dark drafts and constructed.

The deck I decided to play was dubbed Blitz Zero Alpha(BZA). It is a Sage Evil based deck with a lot of cool combos between Necromancer Lord, Timewalker and a lot of cheap Zero cost champions.

We were trying to go through all of the decks that everyone had access to through the Origins Qualifiers that were posted, mainly Sage Wild Tempo, Wild Sage Burn, Wild Good Midrange, late game control decks and the mirror.

I was very happy with my deck’s performance. My only loss was to Gilbert who had a Flame Strike in game 1 and Pyromancer in game 3 while I was attacking for lethal. We were both at very low life totals but I had to try and win and managed to not draw any Drain Essence.

The most important interactions would probably be Final Tasking back a Thought Plucker to tear through our opponent’s hand and put us ahead on cards. Another interaction is chaining back dead Necromancer Lords to refill the board.

The deck I was most afraid of playing against was probably the mirror. Tom had many more hours on the deck and basically taught me all the subtle card interactions

My favorite memory or play of the entire tournament was definitely against Gilbert in game 1 of the finals. I attacked, he spent his gold and I got to Army of the Apocalypse back about 15 cards including some blitz, airborne and unblockable guys who were able to steal the game. Definitely the most cards I’ve ever gotten back off apocalypse.

Also, the final turn of the tournament where I Final Tasked back Gilbert’s Knight of Shadows to take his only remaining card and swing for lethal.

My plans for the World Championship are to still travel with my teammates from Pluck You to watch them qualify and just to have fun and experience the great player base that Epic has to offer.

Also, a lot more cube drafting and constructed testing but I may hold off since we may have a new small set come out which will influence decks and draft formats.

The biggest advice I would give to players getting ready for WCQs would be to practice a lot with your deck and be comfortable and confident. Don’t play something you don’t enjoy even if it’s the” best “deck. I’d rather play something I know than to play a deck I have no idea how to play. You see watching what you think is perfect should make you practice,

So good luck to everyone and I will see you all in November.