How to Be Like Sun Tzu, by Josiah Fiscus

Sun Tzu was a Chinese military leader and philosopher, who lived around 500 BC, most famous for his book The Art of War. It’s a fascinating look into ancient warfare, but with principles that still have relevance today. So much so, in fact, that it is still used by everyone from contemporary military leaders to business professionals. Let’s meditate on some of the principles from Art of War and see if we can apply them to Epic. 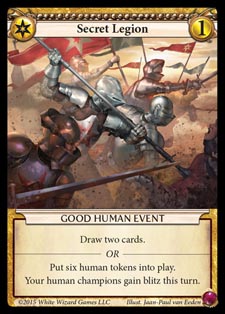 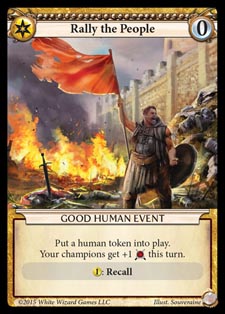 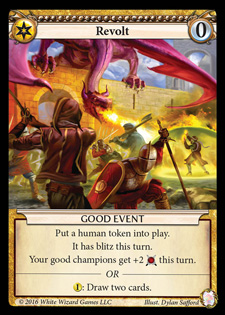 Principle 1: “To secure ourselves against defeat lies in our own hands, but the opportunity of defeating the enemy is provided by the enemy himself.” In other words, being defensive, having answer cards, playing reactively allow you more control over the outcome of the game. When your opponent plays a deck (even a powerful deck) that is too narrowly focused, you must be able to identify this and exploit the weakness. For a practical example, consider a Good token deck (Secret Legion, Revolt, Rally the People, etc.). While certain opening draws can grant this deck a win on the first turn, it folds to even the weakest sweepers such as Plague and Flash Fire. When your opponent is playing this type of deck, you mulligan aggressively to find your sweepers, spend removal on as many Champions as possible, a cruise to your inevitable victory by surviving until around turn 3 when your opponent has an empty hand. This is not to say that a token deck can’t achieve tournament success, just that the most obvious and single-minded versions of this deck “provide the opportunity to defeat themselves.” 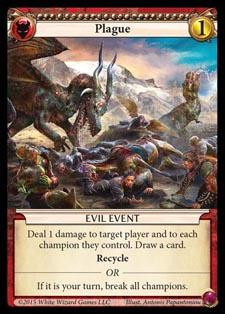 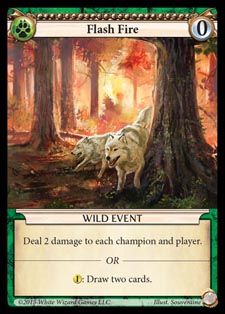 Principle 2: “Whoever is first in the field and awaits the coming of the enemy, will be fresh for the fight; whoever is second in the field and has to hasten to battle will arrive exhausted.” One aspect of Epic which may be beyond your control is whether or not you will take the first turn. Nevertheless, your tactics must change to adapt to this random element. When you are going first, it is crucial that you present a first turn threat. If you spend the gold on your first turn for card draw, for example, you are already putting yourself behind. Make sure that your opponent, arriving second to the field of battle, must begin by exhausting his/her resources immediately to answer your early pressure. On the other hand, if you are taking the second turn, do whatever you can to ensure your opening hand contains the ability to answer an opposing threat immediately (before you’ve even taken a turn of your own). Ambush Champions are great for this. And if your opponent squanders his/her advantage by not putting a serious threat onto the board, make sure you are still able to spend the gold during that turn so that you can put double the pressure on during your turn.

Principle 3: “The highest form of warfare is to attack Strategy itself. The next to attack Alliances. The next to attack Armies.” If your opponent has Time Master, a Standard Bearer, and a Cave Troll in play, what should you target with your Flame Strike? The lowest form of warfare is to attack “Armies”. In this case, this means targeting the Champion with the highest attack, the Cave Troll. A better choice would be to target the Standard Bearer, since it is likely that your opponent will be able to boost the attack of several other Champions very soon if the Standard Bearer is left in play (an Alliance, if you will). But the wisest player knows that even though it may mean “wasting” 7 of the 8 damage from Flame Strike, the highest form of warfare is to attack strategy itself, and immediately toasts the Time Master. Obviously this is situational advice; if you will lose without killing the Cave Troll, then you have to target it. But the principle is unchanging: the highest priorities of threats to be dealt with are the ones that most allow your opponent to execute his/her plan while crippling yours (Strategy), followed by the threats that have synergy with other cards (Allies), followed by simply whatever will attack for the most damage (Armies). 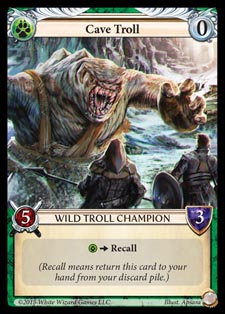 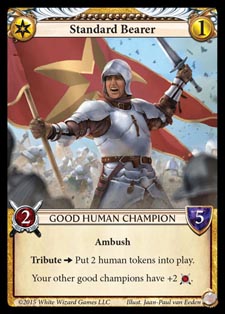 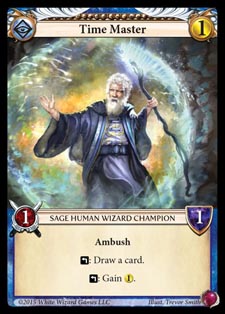 Principle 4: “Move not unless you see an advantage; use not your troops unless there is something to be gained; fight not unless the position is critical.” This principle is perhaps the true heart of Epic strategy and it can be applied to so many things. When is the right time to pass without spending your gold in an attempt to bait your opponent into not spending either? When is the right time to attack instead of leaving back Champions to block? When do you point your direct damage at your opponent’s face instead of your opponent’s Champions? When is the right time to put more pressure on the board instead of avoiding overextending into a sweeper? These are the situational questions you will constantly be faced with when playing. And Sun Tzu sums them up beautifully: don’t do anything unless you gain an advantage over your opponent or unless it is critical for you to do so.