How to Avoid Common Mistakes in Epic Card Game

In Epic, as in many other games, there are strategies and tactics that at first blush appear appealing and powerful, but in actuality are very difficult to execute. Other times there may be a simple best practice that newer players simply haven’t thought of. Today we will look at some of these specific traps and common mistakes and see if we can not only avoid them, but also extrapolate some general strategic principles from them. 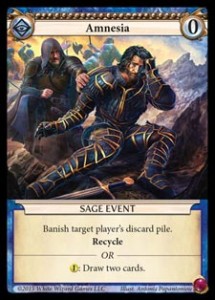 Mistake 1: Trying to draw your entire deck. Any time the written rules of the game say “you win if…”, some industrious player will attempt to win that way. Given the high amount of available card draw in Epic, you can see why this is tempting. But the reality is, that victory condition is really in the rules simply as a failsafe to keep the game from dragging on forever. There are too many cards that Recycle and Banish, and even a single card that will reset your entire progress towards this alternate victory condition (Amnesia). The game already provides other incentives for your opponent to want to Banish cards from your discard pile as well, which means you may find your plans for victory foiled inadvertently. Also, spending Events for drawing instead of removing threats from the board is likely to lead to a loss before half your deck is even drawn. The lesson here is that just because you can do something, doesn’t mean you should.

Mistake 2: Overvaluing your health. We discussed this a bit in the How to Mulligan article already. You should never be afraid to give up a health to Mulligan a card that isn’t useful right now. But the same principle applies to cards like Infernal 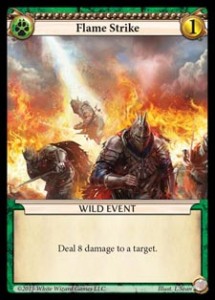 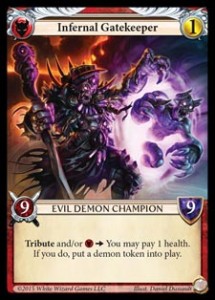 Gatekeeper. Far too often I’ve seen new players opt out of the Ally ability because they don’t want to lose 1 health. This is virtually always a mistake unless your health total is 1. Similarly, an overly aggressive opponent may make attacks that leave him/her with not enough blockers to fend off an attack from your Champions on the following turn. When this happens, do not throw away your Champions by blocking such that they are broken. If you will be left with, say, more than 10 health (out of range of cards like Flame Strike), you are unlikely to die this turn. Your best chance at victory may well be to wait for your opponent to end the current turn and then turn all your Champions sideways. The lesson here is that health, just like cards and gold, is simply a resource. If you aren’t “spending” it, you probably aren’t playing optimally. You don’t get extra credit for winning the game with 30 health left versus 1 health left. 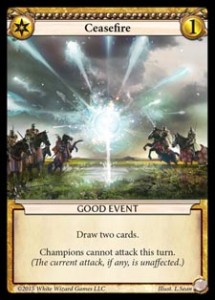 Mistake 3: Not understanding phases and the Events Window. During your opponent’s turn, your opportunities to play your Events and Ambush Champions are limited to three specific windows. Attempting to play your cards outside if these windows will result in you being forced to sadly put your card back in your hand, having given your opponent free information about your plans. Probably the most common place this occurs is when your opponent attacks with a Champion. At this point, your opponent, followed by you, has an opportunity to play Events and use powers. If you skip over this and quickly move to block with your only available Champion, your opponent will ask you to back up and can potentially play a removal Event prior to you blocking. Similarly, it’s all-too-common to see a player try to play Ceasefire prior to an attack being made, only to have to pick the card back up and have the opponent instead attack with all of his/her Champions at once, totally nullifying the usefulness of the card.

Mistake 4: Not knowing when you just need a body on the board. Whenever possible, you should save cards to get your Loyalty triggers, sequence your cards properly to get your Ally triggers, and play Ambush Champions on your opponent’s turn. Nevertheless, you can’t get so locked into a best practice that you miss the right times to go against prevailing wisdom. When you just need a blocker on the board so you don’t die next turn, play your Champion even if you don’t get the full value from the triggers. In a similar way, if getting another Champion on the board will increase your “clock” (the amount of turns spent attacking needed to win), do it regardless of the triggers you receive. 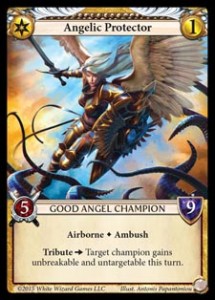