Guest Post: How to Spice Up Your Limited Formats in Epic Card Game

Let’s get this out of the way right now: the suggested formats in the rulebook are all really good, and you should play them (especially Dark Draft). Are you interested in trying new formats, though? Let’s spice things up!

ester: 300 cards, 2-8 players. Lay 10 random cards on the table face-up. The first player picks one card then each other player follows in turn. After all players have selected a card, discard the remaining cards and lay out 10 more. Rotate the player who picks first each time. Continue drafting until each player has a 30-card deck.

Tenchester creates constant difficult decisions. You will be constantly aware of each card that your opponents are taking, yet you can rarely afford to take something away from them since every pick is so crucial for your own deck. Additionally, you will be faced with the internal tension of choosing between a powerful Champion with a huge board impact and a powerful removal Event. Or perhaps the choice between a 0-cost and a 1-cost card. Compared to a typically drafted deck, Tenchester decks end up with far more synergy and Loyalty triggers, giving them nearly the same feel as a constructed deck.

Team Sealed: 240 cards, 6 players. Players are broken into two teams of 3 players each. Each team receives 120 random cards. Each team works together to construct three 30-card decks, one for each team member. Each player then plays a match against each member of the opposing team and the team with the best record wins.

The team element adds a dynamic not really seen in typical limited formats. It will often make sense for two players on a team to be playing the same color, which can create difficult deckbuilding decisions. This format is not really a timesaver in the way that a typical sealed event would be, as the deckbuilding process can often take as long as a draft would or longer. Nevertheless, the larger card pool leads to more deckbuilding options than sealed usually does.

Auction Draft: 40 cards per player, 3-6 players. Give each player 100 points for bidding (you can use pennies or just keep a running tally). The first player flips a card off the pile and bids points on it. Bidding escalates in player order and the high bid pays the points and takes the card. If no one bids, the starting player gets it for zero. The second player flips the next card and this continues until all cards are drafted. Players each construct a 30-card deck from the cards they’ve won in the auction. If a player wins fewer than 30 cards, the rest of his/her deck is filled in with random unused cards.

Epic is a game of resource management, but this does not usually extend to the draft itself! Each player’s valuation of the cards that come up will be influenced by their past experiences with the card, preferred style of deck, and currently drafted cards. Knowing the players at the table, when to try to run the bidding up, and knowledge of the card pool are all crucial skills.

Wizard’s Tower: 120 cards (or more), 2-5 players in a single multiplayer game. Shuffle all the cards you have into one large draw pile. Each player starts with a 3-card hand. 7 cards are placed face-up into the middle of the table. Before you draw your card at the start of each turn, also select one of the face-up cards and at it to your hand. If there are none left in middle, flip 7 new ones first. All players share a discard pile. If the draw pile is empty, Banish the discard pile (no victory for running out of cards).

This format is best played with free-for-all multiplayer rules. It is a very accessible format to newer players, due to the randomly shuffled draw pile, but also implements an element of open drafting throughout the course of the entire game. This drafting throughout the game, rather than just at the beginning, is a nice change of pace.

Rotisserie Draft: 1 copy of every card you own, 2-4 players (more players possible with more expansions/promos). Lay all the cards out face up on the table. The first player drafts any card, then the second player and so on. The last player goes twice, then it proceeds in reverse order (a snake draft). Repeat this process until each player has drafted 30 cards.

This is by far the most intimidating and time-consuming way to draft. It’s difficult to imagine that any group would do this on a regular basis, but as an occasional choice, it has considerable merit. The singleton nature of this format means that unique effects are to be highly prized. Additionally, you will get excellent insights into what the players believe are truly the best cards in the game.

Finally, here are some VERY first-pickable cards, regardless of the format you are drafting: 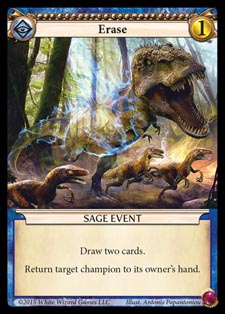 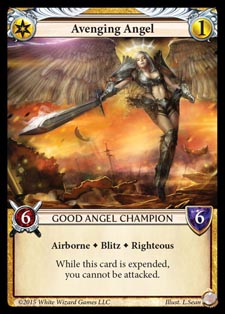 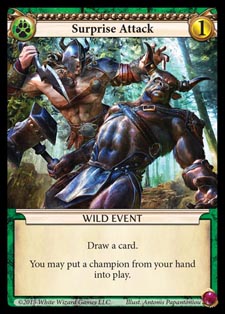