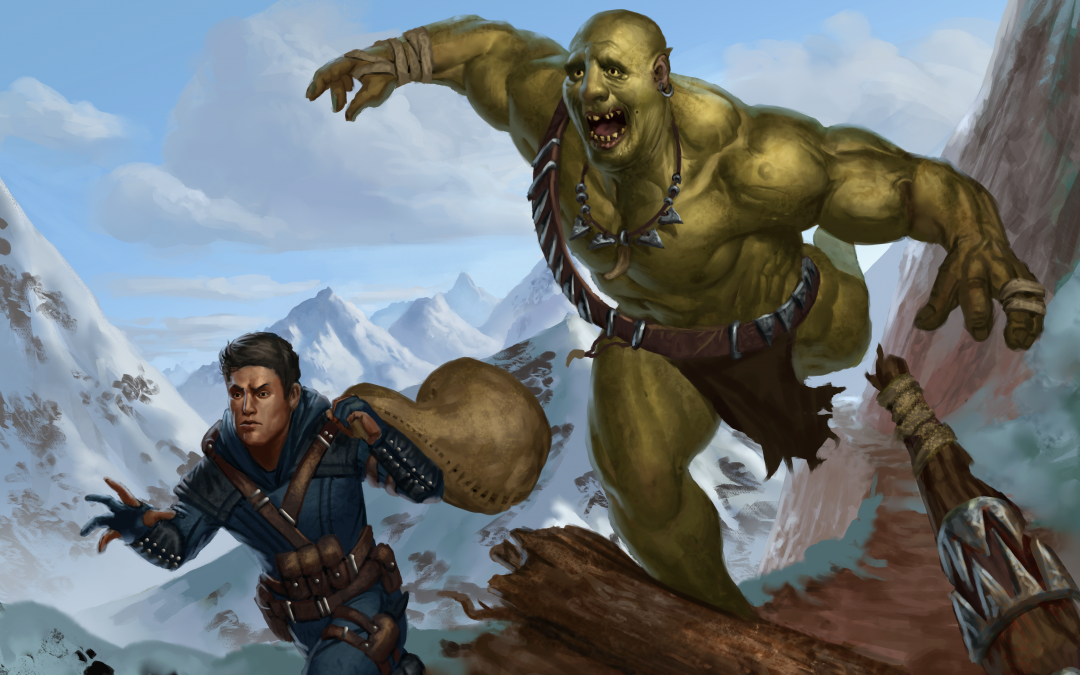 The Epic Rules Team announces the creation of a Banned List for the Full Constructed format.

Everyone who works on Epic’s design and rules teams comes from a history of TCG tournaments. We understand that banning cards should not be done lightly. However, we are able to ban cards in our games without the concern about taking someone’s expensive cards away. For that reason, we are able to focus on ensuring that the game is fun, fair, and dynamic.

These bans take effect for tournament play as of August 13th 2017. These bans are only for the Full Constructed format.

WHY A CHANGE IS NECESSARY

We believe that defensive-oriented decks are too powerful in the current Constructed metagame. In the seven months since the 2016 World Championships, we had anticipated the metagame would react to the strength of Chamberlain Kark-based control decks, and they have. However, while there are multiple ways to attack that deck, and even decks that can fight well against it, the games are not as fun or dynamic as we want.

WHY WE BANNED THESE THREE CARDS

First, let’s start with what we did not ban. We did not ban Chamberlain Kark because he is not the problem. If the problem is “long games that are not dynamic,” Kark is a solution because he actually ends games. Control decks existed before Kark and would still even if we banned him — and we want control decks to exist! Banning Kark is not the answer; indeed Kark was a solution and continues to remain a way to give control decks an actual method of winning the game without resorting to tie-breakers involving health. 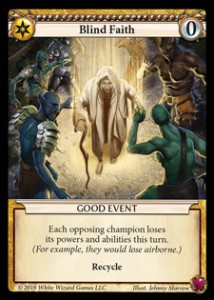 We wanted to ban as few cards as possible. We began with Blind Faith, as it was really punishing against large champions with interesting effects. Playing a Breakthrough or Untargetable champion is not an effective strategy at all right now, and we wanted to address that. That one ban was not enough, however, so we began to expand our search from there. After looking at several cards that were common among the top decks in tournaments, a pattern emerged and we addressed that.

The main thing that Ceasefire, Blind Faith, and Fumble have in common is that they are effective, efficient defensive tools that negate an opponent’s cards while drawing cards themselves. There are other cards that are common in many Good-based control decks, but they are not oppressive in the same way.

These bans are not yet in effect for the alpha of Epic Digital Card Game, but will come into effect later this year.

We intend to release a list of bans at least 4 weeks before major events. The 2017 Epic World Championships are scheduled for November 17-20 at Wise Wizard Games Fair. If we have additional bans to announce this year they will likely happen before mid-October. However, to ensure a competitive, fun, and dynamic gameplay environment, we reserve the right to make changes at any time.