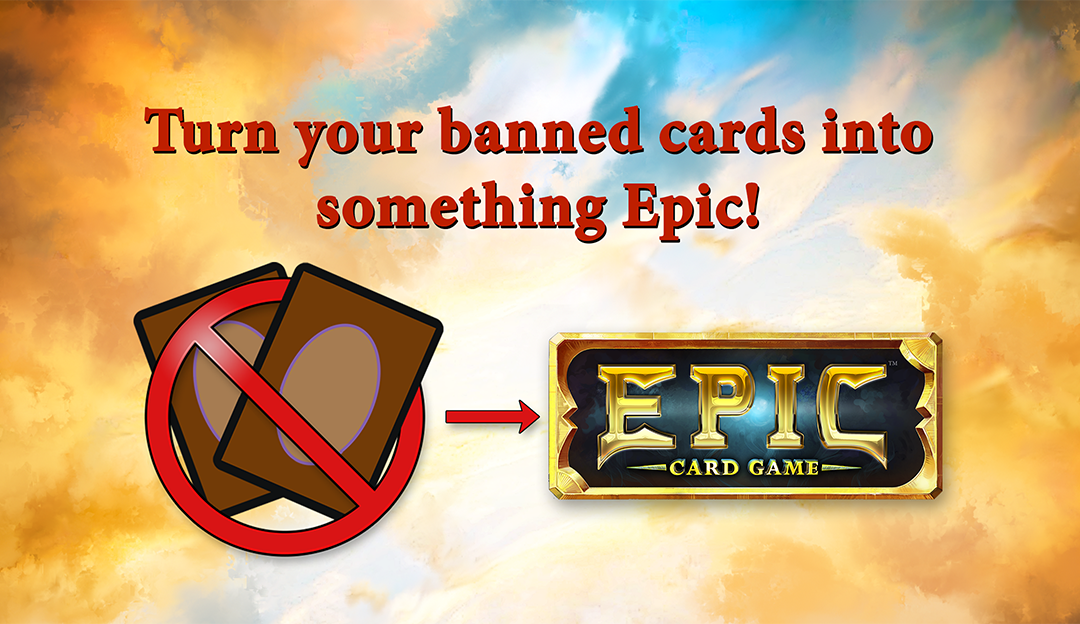 When your $10 rare gets banned from Standard, that is a bad feeling.

When your $20 mythic rare gets banned, that is an even worse feeling.

Epic Card Game is the strategy card game of mythic battles, designed by two Hall of Famers. Robert Dougherty and Darwin Kastle have created a game with the feel of a TCG without the massive cost. For just $14.99 MSRP you get 120 unique cards, enough for four preconstructed decks to battle. For those who like drafting, this is also enough for two to four players to draft and play!

We feel that Epic Card Game is the best value in competitive card gaming, and we would like to prove it. Send us your Emrakul The Promised End or Smuggler’s Copter and we will send you the Epic Card Game starter. And, as an added bonus, if you back the Kickstarter for Epic Card Game Digital later this month, we will also give you free entry to a Qualifier for the $100,000 Epic World Championship in the app! Click to watch our Look Back at the 2016 World Championship to see commentary from several professional Magic players.

If you already play Epic, this is a great chance to give a copy of the game to a friend. If you’ve never played the game, now is the time to see why Epic players love the game… and begin your journey to the $100,000 Epic World Championship 2017!

Things the lawyers make us say:

Send your card to: