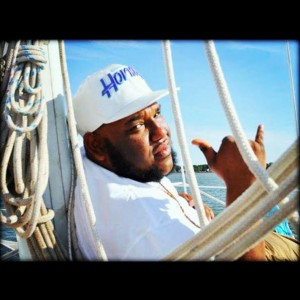 Brian Batista, 27 of Chelsea, MA playing for P1Gaming (Check out our YouTube channel for exclusive Epic content and insight.)

I started playing Epic Card Game in the spring of this year, after hearing about the prize support for worlds and a promotional event for free entry to a qualifier at, Pandemonium Books & Games, where I play Yu-Gi-Oh a game I have been playing off and on for the past 12-13 years.

Leading up to the latest Pandemonium qualifier, I tested quite intensively with my long time friend and teammate Daniel Velastegui of P1 Gaming. We’ve started expanding our testing group to include local players we’ve met at various qualifiers and always welcome more to the table.

The deck we piloted to a first and second place finish, was a product of not wanting to over meta game since, it was still very undefined. Big Burn was an aggressive strategy that put pressure on your opponent with real 0 drop and breakthrough/blitz/airborne champions while burning and refueling your hand. The idea was to put your opponent on pressure and overwhelm the opponent turn after turn while putting them on a clock. Going into the tournament we were playing a lot of one offs in order to accommodate everything we wanted to accomplish, and the decks ability to dig for key cards. After the event, we both agreed that a more stable version of the deck: excluding Draka, Fire Spirit and Feeding Frenzy, in favor of another Drain Essence & Zombie Apocalypse with either a Raxxas Curse/Wither or Thrasher to fill the 0 cost Evil slot and either a Rage or Wolf’s Bite to fill the 0 drop Wild slot.

Going into the event I didn’t know what to expect as we have only played constructed against ourselves. We used the few online resources to guide our deck building process to combat what we believed would be meta, such as, Burn, Health Gain, Heavy Sage Control, Tokens and Beatdown. We felt the best way to combat such a wide field, that could also throw us a curve ball with an unexpected brew would be, to be as aggressive as possible. Playing free pressure cards ensured either increasing damage or forcing your opponent to use their gold first.

We felt the most challenging match up would be a Health gain strategy, hence it was safe to assume the most important axis in the deck would be its draw engine to keep refueling your hand since most burn cards don’t replace themselves. In testing we managed to consistently win through over 60 life easily with this approach, which would be difficult for a standard burn deck to accomplish.

My favorite interaction/play came in the semi-finals. My opponent had lethal with 3 big champions and me with one blocker. My opponent proceeded to attack with Draka and I made the only play I could, and Surprised Attack in The Gudgeon to draw 3 cards, one of them being Blind Faith. I used Blind Faith to recycle 2 Ancient Chants to draw 3 more cards. I chump blocked 2 attacks and started my turn with 8 cards after draw to take over the game from there.

In the following weeks leading up to the World Championship, my focus will be on improving my dark drafting strategy and putting together an 8 man cube. I welcome any player local to the greater Boston area to join our testing group by emailing me at [email protected]. I will also be using this time to help as many of my friends that I have introduce to the game and teammate qualify for the event.

The best advice I could offer anyone when approaching any situation including an Epic qualifier would be to practice proper preparation. I’m a firm believer that practice makes permanent as oppose to perfect. So it is most beneficial to keep an open mind when approaching every aspect of the game. There are many different correct solutions to every problem you are presented with. If you bypass what is assumed to be the best play available, you will truly open mind to learn as much as you can and will easily be able to identify the correct play in any given situation.