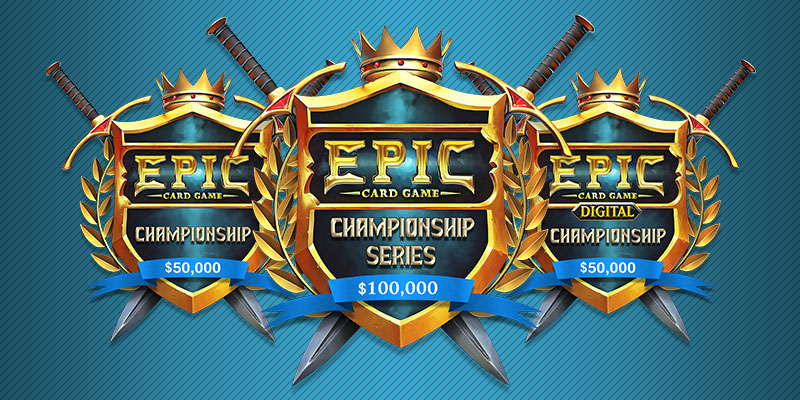 This year’s $100,000 Epic World Championship is being split into two events: physical and digital, each with a prize purse over $50,000. This will now be known as the Epic Championship Series.

Every single player who plays in the 2017 Epic Card Game Championship (physical event this November in Framingham, MA) will automatically be qualified for the Epic Digital Championship (Summer 2018, play online), so they have a shot at their share of the full $100,000+ prize purse.

The reason for this change

The reason for this change is to be more inclusive to our digital players. It was our plan all along to have many of the qualifiers for Epic Worlds occur in-app, so players anywhere in the world could compete. Like many digital projects, things took slightly longer than initially projected, so online qualifiers weren’t ready in time. I apologize for the late notice on this change. We were working hard up till the last minute to get the digital app events to the point where we could run qualifiers for this year’s Worlds, but ended up needing a couple months more than we had.

I believe this change will be great for the players who are qualified for Epic worlds for the following reasons:

This change will also be great for all Epic players and the game as a whole.